The economic strength of an organization or a country is related to their ability to use the internet. In the pre-internet era, customer’s ability to communicate through the analog transmission systems was limited to making complaints to the shop assistant or the manager of the retailer store or on the board of complaints, optimistically called suggestions or advices.

In the internet era, customers, who were previously mute, have become able to communicate thanks to the power that internet gave to them: sharing.

Talking and sharing run along these new communication highways.

Garzanti taught us that Publicity means “being public, open, accessible to the public: the publicity of a judicial hearing, the disclosure, the circulation amongst general public”.

What people perceive, consequently the communicator’s skills, have always been in constant love-hate relationship. People who try to skip it by either turning the page or channel hopping with the remote control. The communicators who try to convince the customers about the high quality products or services they offer independently of their true value and lead customers to think they need to owe them.

Then the revolution, the internet, the content sharing, the native multicast in a world where the advertising was previously based on a one-way TV, radio, magazine, or posters broadcasting.

As a matter of fact, the so-called web 2.0, also known as the internet web for relationships among people, is by now well-established and growing.

Digital socializing, geopositioning, mobile interaction, IPTV, all of which are what, with a word that we would call expired, we define “digital convergence”, are only some of the words that form those propositions forming in their turn the digital period where the marketing’s challenge is always finding new syntaxes.

The non-changing variable of everyday life is the ongoing development into moulds we constantly change, in other words that evolution we are not ready for because, in the millennium we come from, evolution occurred into the same mould.

The only fact we can be certain of (at the moment) is that we are all connected by the same net.

So has the word “trend” expired as well?

Does marketing think (when thinking) that the five senses became six because now we also have the digital sense which is in fact the increased cognitive skill enabling us to stay connected through mobility?

But what is the real value of the internet in marketing business?

Value creation through networking starts from early on. We grew up with the theories of three “legislators”: Sarnoff, Metcalfe and Reed.

Sarnoff taught us the linear value of networks, which is proportional to the number of people in the audience, what made radio and TV successful.

Metcalfe taught us the squared value. In this model every node is connected to every other node so the value grows as the square of the number of nods; just think about yesterday’s faxes and today’s e-mails as an example.

Then Reed’s law came saying that internet value is exponential as it grows on the basis of the common interests, ideas and shared goals of net-surfers. And we are here at the social networks and the web and mobile applications. 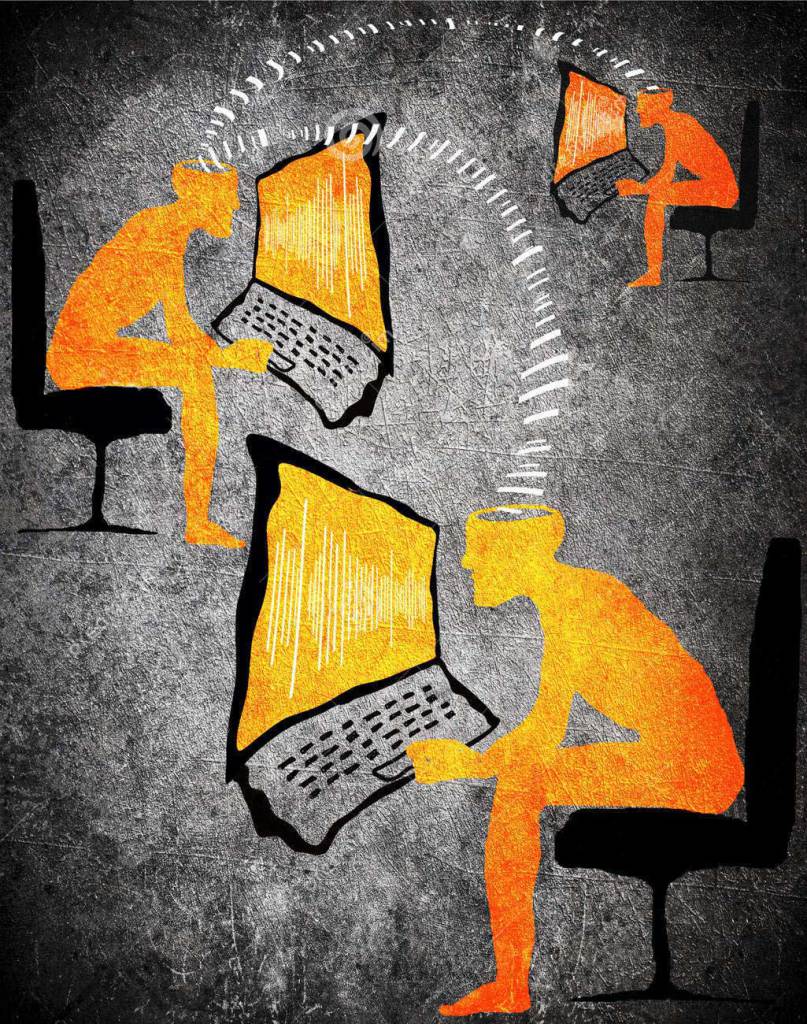